Christ, Christ on the cross, D.L. Moody, God, Great Chicago Fire, Horatio G. Spafford, It Is Well With My Soul, peace like a river, tragedy 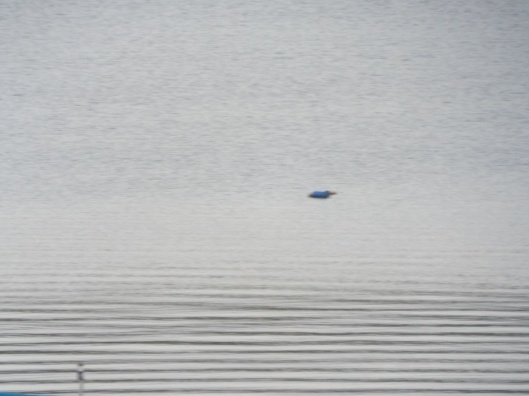 We sang this song in church for as long as I can remember.  Little did I know the true story of the circumstances surrounding the life of it’s author until just lately.  Horatio G. Spafford , a lawyer, his wife Anna, four daughters and one son lived in Chicago Illinois in 1860 and were supporters of the pastor D.L. Moody.   In 1870, the first of several tragedies struck the Spafford family, beginning with the death of their 4 year old son who died of scarlet fever.   One year later Spafford lost his life savings due to the Great Chicago Fire.   In 1873, the Spafford family was going to join D.L. Moody and help him on a evangelistic crusade in Great Britain, but before the ship sailed out of New York, Horatio was called back to Chicago to attend a last minute business development so the family sailed without him.  The ship they were on collided with another ship, and the ship sank in 12 minutes and only Anna was saved.  All four daughters died.  Horatio boarded the next ship out of New York to join Anna, and when they neared the spot where his four daughters had perished the captain called Horatio to the bridge and told him.  Than Horatio returned to his cabin and wrote “It Is Well With My Soul”…

Horatio Spafford went thru tragedy after tragedy, life altering events, but he was given “peace like a river”, from God at the time he needed it the most.  Peace enough to write the words to this great song after suffering catastrophic hardships.  But he kept his eyes on Jesus, his mind on Gods word, and his heart true to what God had taught him.  And, that made all the difference!

Sometimes when we go thru different events in our lives God doesn’t always take the tragedy away from us, but allows us to go thru it.  He never promised that we wouldn’t have tragedies in our lives, but he promised that he will be there with us, and sometimes he gives us “peace like a river”…  Also known as “the peace that passes all understanding”, or “the peace of God”.

Another example of this peace is when Christ was in the Garden of Gethsemane and he prayed to his Father (God), asking him to “take this cup from me”.  Actually, Christ was not asking that God not make him to go thru the awful punishment that was ahead of him, or even save him from dying on the cross.  He was already resigned to the task that was before him.    He knew well from the beginning what he was here on earth for and how terrible his situation was going to become, but he also knew how important it was to finish the task to the very end.  What Christ was concerned with in the hour before he was going to be betrayed and taken captive by his accusers was that when he would be nailed to the cross and lifted in the air, he was literally going to take on the sins of the world (including yours and mine) and God, his Father was going to turn his back on him, his son, because God cannot look on sin.   So, Christ who had not sinned, was going to take on our sin, who from the beginning of time had always felt his Fathers presence with him, would have to experience the cold shoulder of God while he was rejected by all.  Then we hear him saying while on the cross “Father, why hast thou forsaken me”, and before he died, “it is finished”.  God cannot look on sin.  So, where is the “peace like a river”?  After praying this prayer in the Garden of Gethsemane, and after praying so earnestly, sweating drops of blood, when he was finished, he rose up a stronger, bolder, more determined vessel to do the task God had given him.  He was riddled with purpose, because his Father had given him “peace like a river”.  God did not take the “cup from him”, but he gave Jesus the extra strength he needed to finish his task as well as the peace he needed.  And God does the same for us in our hour of need.  He doesn’t always take away the problem, but he does give us the courage and the strength to get thru it, and Christ, well, he is right there with us.  Christ was the “man of sorrows”, so he is no stranger to pain and sorrow.  He didn’t just tell us what we should do, he became our example.  And the song goes “… that Christ has regarded my helpless estate and hath shed his own blood for my soul”.  When I am going thru a trial or a tragedy, I just think about what he went thru for me.  He went thru rejection, agonizing torture, death on the cross, being hated and despised but he didn’t go thru it for himself.  He took all of this because of us.  Oh, what a wonderful and glorious God we serve.  And Christ is really the King of Kings and the Lord of Lords, and he is coming back.  Then “every knee shall bow, and every tongue confess, that he is Christ the Lord”.  May God give you strength to complete the task that is ahead of you.  May he make you a new creature, riddled with purpose strong, willing to finish the task he has given you in his perfect plan to further his Kingdom.  May you have God’s speed as you go along life’s way with Heaven in mind and God’s Word on your heart, and may God impart to you “peace like a river” when you need it the most.  Never give up, never quit !!!